Defence minister loses patience with US over purchase of training aircraft

The army is planning to directly finance the purchase of 8 planes now that Washington's involvement in buying 12 is not taking flight anytime soon. Defence minister Brahim Bertégi is determined to push through the procurement of training planes for the air force even if it means forgoing US aid and downsizing the order.The proposed purchase of Texan T-6C aircraft from Textron for $234 million remains in limbo, even though it was approved in October 2019 by the US Department of State (Africa Intelligence, 28/02/20). The Trump administration has not released the necessary funds, and it will probably be several months before that of Joe Biden , who takes office in January, picks up this low-priority ball. Bertégi consequently plans to directly finance the acquisition of aircraft. He put a figure of $140m to parliament's defence committee on 20 November, enough to buy eight planes instead of the dozen envisaged under the US financing scheme. This change of course is good news for Textron's non-American competitors, who could jump into the breach, such as Brazil's Embraer with its its Tucano, Germany's Grob Aircraft with its its G120TP, and the Czech Aero Vodochody with its L-39 NG. The minister's eagerness can be explained by the air force's urgent need to upgrade its fleet. Its 12 Aero L-59 Albatros training jets are reaching the end of their useful life and will have to be retired in the coming years. And only four of its twelve Marchetti SF.260 propeller training aircraft - designed back in the 1960s - are still operational. The state of the combat fleet is also dramatic: only 3 out of 12 F5 fighters are still in service after one crashed in October. © Copyright Africa intelligence

TUNISIA : Defence minister loses patience with US over purchase of training aircraft

The army is planning to directly finance the purchase of 8 planes now that Washington's involvement in buying 12 is not taking flight anytime soon.

Rear Admiral Adel Jehane wants to procure observation drones that can be carried aboard the navy's four new patrol boats.
Defence minister Brahim Bertégi hasn't waited for Washington to come through with elusive aid (Africa Intelligence, 07/12/20) before trying to revive the air force, and the navy is looking for VTOL (vertical take-off and landing) observation drones deployable from its ships, especially four 72-metre offshore patrol boats Dutch supplier Damen delivered in 2018-2019. Austrian firm Schiebel has pitched its Camcopter S-100 helicopter drone, which the Tunisian army quietly began to deploy in border reconnaissance and protection missions in 2016. Texas-based Martin UAV is also interested in supplying its V-Bat to Tunisia. In November, this drone completed months of trials aboard a US Navy ship as part of counter-narcotics operations off the coast of Latin America. But no other navy is currently using it. Ship-borne drones would vastly increase the Tunisian navy's capacity to conduct maritime surveillance, a responsibility it shares with the interior ministry-controlled coast guard. The navy, under the command since May of Rear Adm. Adel Jehane , is on the frontline of efforts to stem irregular migration to Europe and to counter all kinds of smuggling between Tunisia and Libya. © Copyright Africa Intelligence.

Rear Admiral Adel Jehane wants to procure observation drones that can be carried aboard the navy's four new patrol boats. 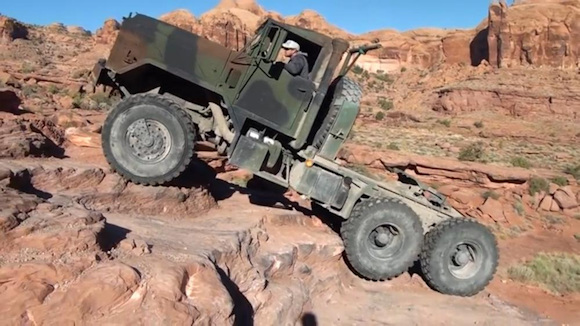