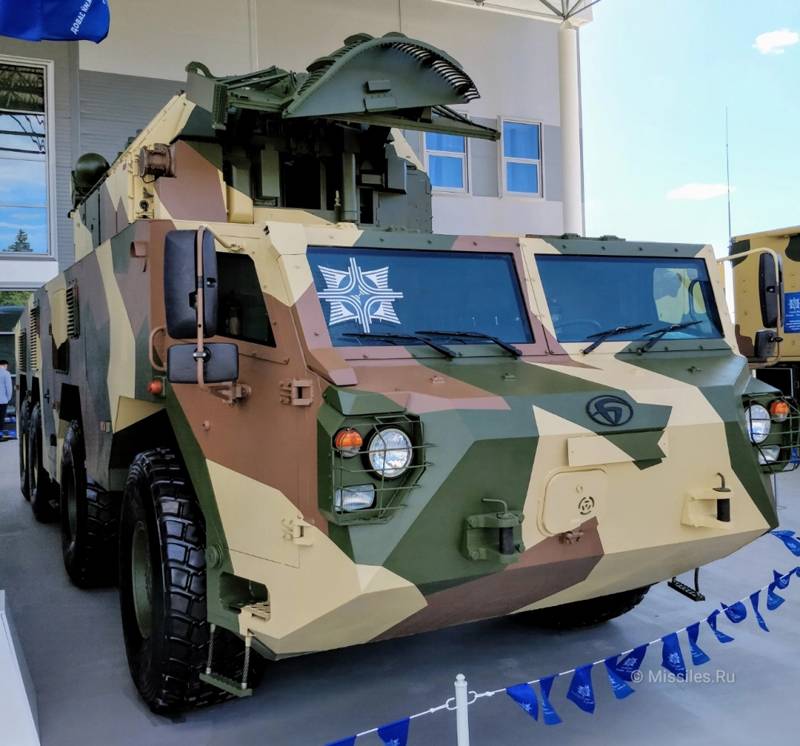 The forum "Army-2019" many new items of military equipment which was first demonstrated to the General public. One of these innovations was wheeled chassis BM 9А331М composed of tactical air defense missile system "tor-M2" from Bryansk automobile plant, a member of the concern "Almaz-Antey". 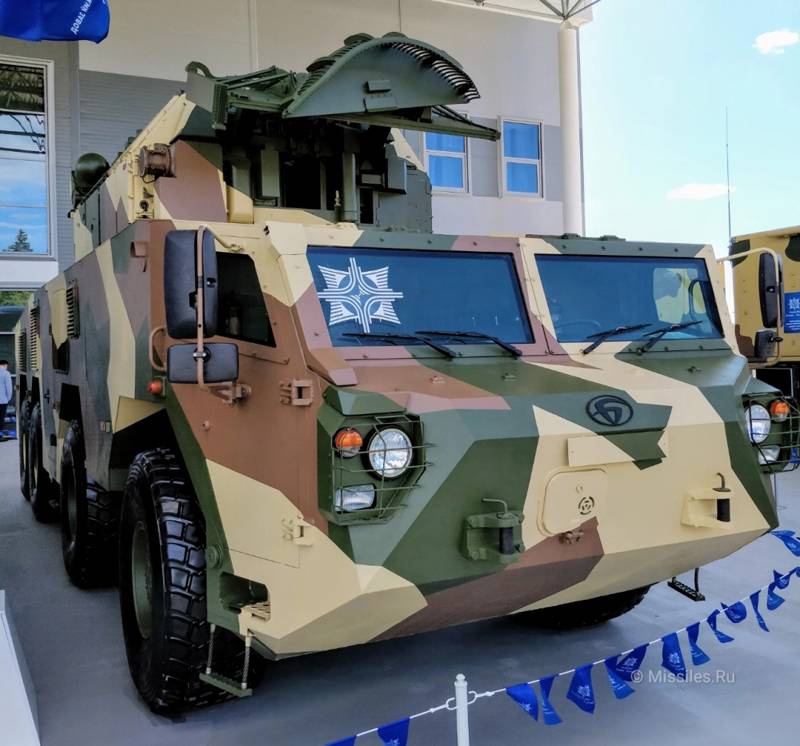 Bryansk wheeled 8x8 platform provided by booking. Noteworthy is the use of anti-mine (anti-shatter) "geometry", when the bottom plane of the chassis is designed in such a way that when the explosion of a mine, the damage from her exposure was minimal.

Armored Bay is equipped with air conditioning system in the cockpit. The front headlights protected by gauze screens. To clean windshield glass (a it consists of two halves) there are two pairs of windshield wiper-wiper.

For ease of getting into the cab is implemented is given a stage and a kickstand in the form of niches under both bronedveri. 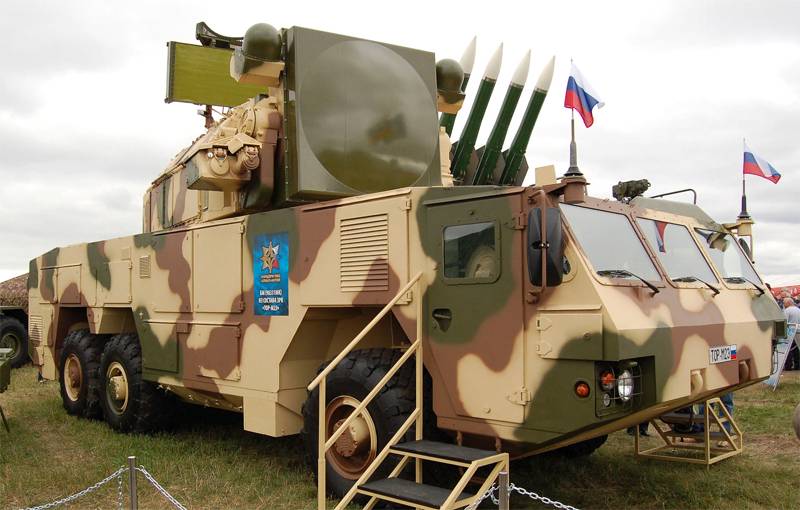 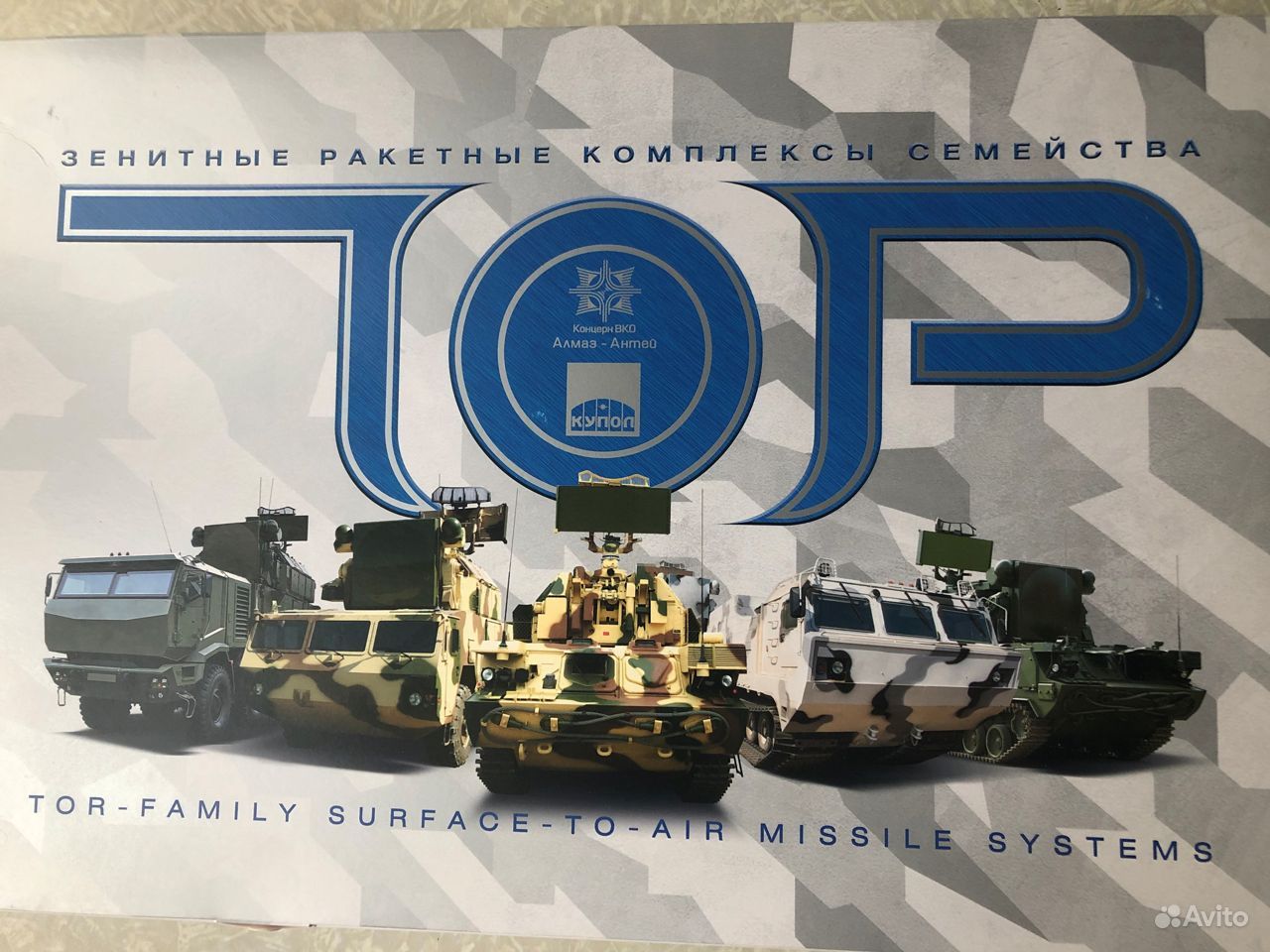