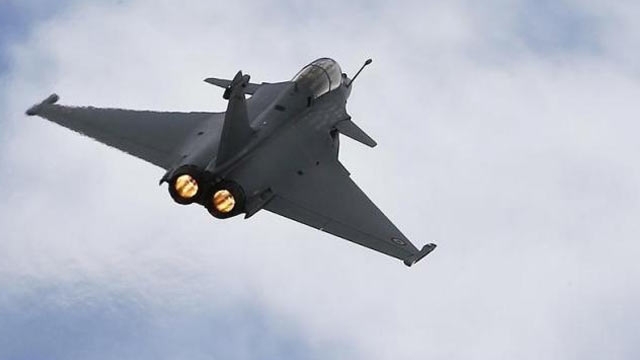 Wed, 14 Sep 2016-10:10pm , New Delhi , PTI
Once the IGA is firmed up, the document will go back to the Cabinet Committee on Security for a final clearance. The deal is virtually done and will cost about Euro 7.87 billion.

The much anticipated contract for 36 Rafale fighter jets is likely to be sealed soon as both the countries have finalised the details for the deal which will cost about Euro 7.87 billion.

Government sources said the cost, offsets and service details have been finalised and the work is being done on the Inter Governmental Agreement for the deal. A "working team" from France is already in town with their own translators and are going through the contract,

into several thousand pages, with their Indian counterparts. The sources said that once the IGA is firmed up, the document will go back to the Cabinet Committee on Security for a final clearance.

They said that India has been able to save over Euro 590 million through tough price negotiations which began in January this year. Though the deal could have been firmed up earlier, issues like pricing and offsets took time as India wanted a better contract. Following intervention by Prime Minister Modi late last year, France agreed for a 50 per cent offset clause.

This means creating business worth at least three billion Euros for Indian companies, both big and small, and generating thousands of jobs in India through offsets. A high-level delegation from France could come down for the formal signing of the contract, French sources said. The delivery for the fighter aircraft is expected to begin in 2019, with an annual inflation capped at 3.5 per cent. The weapon systems, part of the deal, will also include the new-age, beyond visual range missile 'Meteor', and Israeli helmet mounted display.

Last month, a report submitted by the team negotiating the Rafale deal with France was cleared by the Defence Ministry. The file was then sent to the Prime Minister's Office for review and clearance. The work on the IGA started after that, sources said. During his visit to France in April last year, Prime Minister Narendra Modi had announced that India would purchase 36 Rafale jets in a government-to-government contract. Soon after the announcement, the Defence Ministry scrapped a separate process that was on to purchase 126 Rafale fighter planes, built by French defence giant Dassault Aviation.

The deal is thought to bring the per-unit cost of the Rafale toaround $220 million, far below the approximate $300 million pricetag which became the death-knell for the Indian negotiations with Dassault. The recently announced Qatari order saw a comparable cost of $290 million per aircraft.